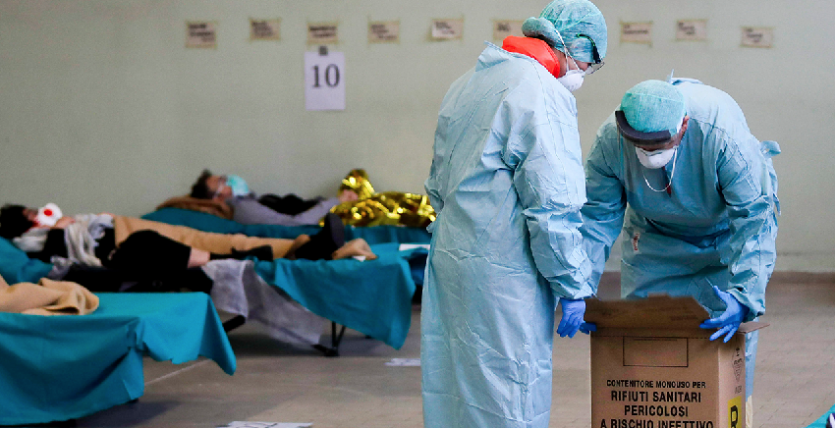 Italy recorded its highest one-day death toll yet from cases of the new coronavirus on Friday, according to official data.

Meanwhile the WHO or World Health Organization said  that Europe was now the “epicentre” for the global coronavirus pandemic and warned it was impossible to know when the outbreak would peak.

WHO chief Tedros Adhanom Ghebreyesus said, “The continent had now more reported cases and deaths than the rest of the world combined, apart from China. Europe has now become the epicentre of the pandemic.

He was speaking at news conference held virtually to avoid any potential spread of the virus among journalists.

He added, “More cases are now being reported every day than were reported in China at the height of its epidemic.”

The virus, which first surfaced in China in December, has now killed more than 5,400 people, with cases around the world topping 144,050.

Dr Maria Van Kerkhove, who heads the WHO’s emerging diseases unit, meanwhile warned it was “impossible for us to say when this will peak globally. We hope that it is sooner rather than later.”

Both their comments came as countries in Europe and beyond introduced dramatic measures to halt the spread of the virus, including closing schools and restricting public events.

Tedros said,”You can’t fight a virus if you don’t know where it is. All countries must find, isolate, test and treat every case, to break the chains of transmission. Do not just let this fire burn.”

Michael Ryan, who heads the WHO’s emergencies programme, stressed that measures like banning public gatherings are not a panacea, “Any country that looks at the experience of other countries with large epidemics and thinks ‘that won’t happen to us is making a deadly mistake. Social distancing measures are not going to stop this pandemic though some could have a positive impact. The most important thing was to act. The greatest error is not to move. The greatest error is to be paralysed by the fear of failure.”

The WHO also announced the creation of a new fund, targeted at drawing donations from companies, organisations and individuals toward helping fight the pandemic.

The COVID-19 Solidarity Response Fund, which will be run by the UN Foundation in the United States and the Swiss Philanthropy Foundation, kicked off Friday with a range of multi-million-dollar donations from Facebook, Google and others.

UN Fund chief Elizabeth Cousens told reporters. “We need all hands on deck.It is not too late, so no matter where you live we need your help to fight this virus for all of our communities.”

The WHO initially estimated that efforts to rein in the virus would cost $750 million for the first three months alone. Scott Pendergast, the WHO’s head of emergencies, strategy, programmes and partnerships, however told reporters on Thursday that as the situation evolved, it was likely the true cost through the end of this year would require “at least a 10-fold increase in that ask.”